This amazing picture shows approximately 8,000 Sq/Mi. Looking eastward from the Phoenix beacon, the city’s downtown is visible at right/center at 30 miles, center at 70 miles is the Superstition Mountains, and the range in the back right are in the Tonto National Forest approximately 90+ miles.

The beacon was built by Kevin Jacobson, AD7OI with help and supplies from Alfred Green, NU8I, and Emil Switzer, W1GGM. 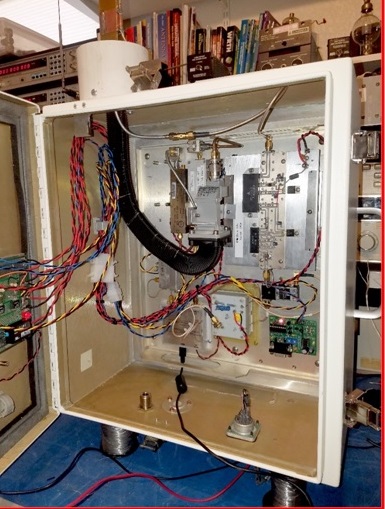 This Picture shows the 10 GHz beacon while it was being constructed at the home of Kevin Jacobson, AD7OI.

Beacon 1 operates on 10,368.375 MHz with an output power of 2W. The antenna is a horizontal polarized slotted waveguide with 10dBi gain. The second beacon operates on 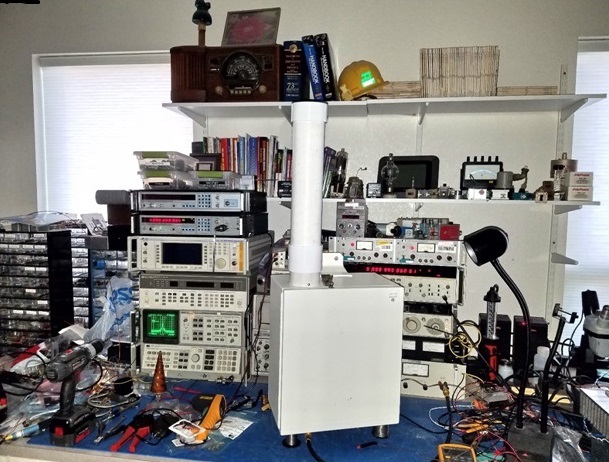 1296.270MHz and has an output of 10W being fed into a BigWheel antenna manufactured by WA5VJB.

Both beacons operate under the call sign of W7ATN/B which is held by the Arizona chapter of the Amateur Television Network (ATN). The beacon IDs as “de W7ATN/B W7ATN/B DM33RN DM33RN sk” and then goes to solid carrier for 30 seconds. Cycle time is approximately 60 seconds

Beacon coverage is extensive throughout Arizona and has been heard at Tucson, Phoenix, Quartzsite, Kingman, Greens Peak, and even downtown Flagstaff at street level.

The beacon Hardware consists of a Valon Technology 5008 Dual Frequency Synthesizer, with side one programmed to 2592.09375 MHz and fed through a 4X multiplier to a General Microwave DM863B PIN diode switch and then to a 300 MW amplifier stage and on to a 2W amplifier final stage. Side two of the Valon 5008 id programmed for 1296.275 MHz and also fed through a General Microwave DM863B PIN diode switch and to a 10W multistage 23cm Amp. Both Pin Diode switches are driven from a Ham Gadgets ID-O-Matic board. 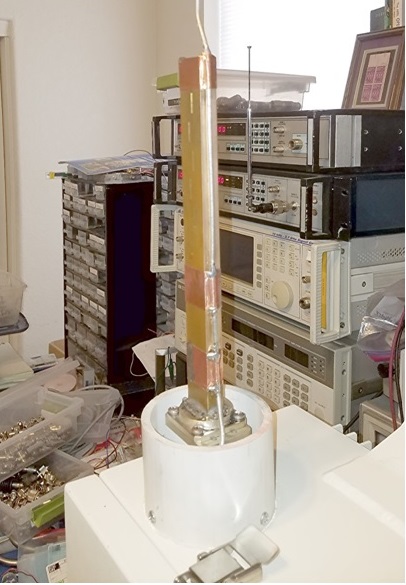